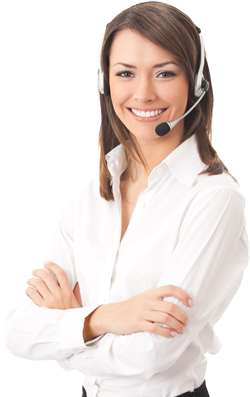 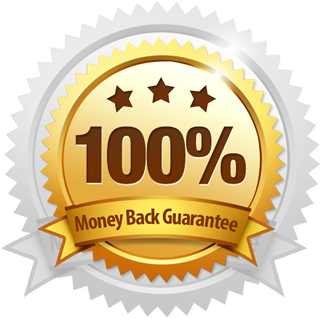 The following paper focuses on Florida manatees, the major impediments to their safe survival, and protective measures exercised towards conservation of the species in their natural habitat. Florida manatees thrive in the warm waters of Florida and are friendly and harmless creatures. In spite of their physical characteristics, such a typical 10 feet length and 1,100 pounds weight, Manatees are popularly known as the “gentle giants” owing to their calm nature. However, in the recent years, several natural and human-related events have caused a significant decline in their populations. Among the natural hazards threatening manatees are infection and skin damage from cold stress and neurotoxicity from ingestion of toxic alga in the Florida red tide. Fast boating is another potential hazard for these mammals as it leads to serious injuries, deep wounds, and even death. All these factors led to the classification of manatees as an “endangered” species. Stringent conservation efforts followed the calamity and the federal, state, and local government efforts, as well as efforts from wildlife conservation organizations, successfully brought about positive outcomes, leading to thriving manatee populations during the recent years. The current nature of efforts for the preservation of the species in their natural habitat, including safe boating activity and habitat preservation, is very focused and targeted towards niche areas.

The Florida manatee, dubbed as “Florida’s gentle giant”, is the most popular native mammal of Florida and was nominated the state marine mammal in 1975. Manatees belong to the Sirenia order of mammals and have inhabited the western Atlantic and Caribbean Ocean for millions of years. Manatees are usually found in the tidal creeks, estuaries, fresh waters and coastal waters of Florida, and seasonal migration is characteristic of the animals (Florida Fish and Wildlife Conservation Commission, 2016). Since manatees can migrate hundreds of miles, their range goes beyond peninsular Florida and into North Carolina, Louisiana, Massachusetts, Texas, Tennessee, Cuba, and the Bahamas. Although warm-blooded, they have a very low metabolic rate, and a thin insulation layer makes them sensitive to cold. Manatees can measure between nine and ten feet, reaching up to 13 feet, and weigh 1,100 pounds on an average, reaching a maximum weight of 2,600 pounds. They are herbivores and thrive on marine vegetation, mainly sea grass.

Manatees mostly thrive in Southwest Florida during April through October; until the waters get cold when the mammals usually migrate to the warmer Florida freshwater springs. Manatees abound in specific regions in the waters of Florida including the Three Sisters Spring of the Crystal River, the Blue Spring State Park of Orange city, and the Lee County Manatee Park of Fort Myers. They also abound in the TECO Manatee Viewing Center of Apollo Beach and the Merritt Island National Wildlife Refuge of Titusville (Mims, n.d.). Although manatees are spectacular and aptly dubbed as the gentle sea cows, their survival is becoming increasingly difficult due to natural and man-made hazards and threats. They are a threatened species and their survival is an immense struggle from natural hazards, such as cold stress, and human activity, namely boating and kayaking. This paper discusses the various threats to the manatee population which led to their declining numbers and classification as endangered species. Thereafter, protective measures at the federal level and wildlife conservation organizations are highlighted, which led to an increase in their numbers and their subsequent reclassification as “threatened” species from “endangered’. Finally, protective measures are discussed and the way in which the conservation of the Florida manatee in their natural habitat can be brought about is indicated.

Manatee Reclassification from Endangered to Threatened

Manatees were initially classified as endangered during 1967 as there were only 600 Manatees alive (“No longer endangered, Florida manatees may be more vulnerable than ever”, 2017). The recent Florida survey by the Florida fish and wildlife conservation commission indicated a rise in manatee population to 6,063, confirming the success of conservation efforts in this regard (“Florida manatees hit record numbers as conservation efforts bear fruit”, n.d.). Experts believe that the sunny weather together with the long-term conservation efforts led to positive results. The survey consisted of 11 participating organizations and a team of 20 observers, who reported 2,730 manatees on the west coast and 3,333 on the east coast of Florida. Further, only 371 manatee deaths were reported during 2014 as opposed to 829 deaths in 2013 (“Florida manatees hit record numbers as conservation efforts bear fruit”, n.d.). As a result, the U.S. Fish and Wildlife service started to review a change in the status of manatees, considering the possibility of changing their status to “threatened” based on the positive estimates of recovering manatee population.

However, essential protective measures led to a rise in their population to about 6,600, which led to the reclassification of their status from “endangered” to “threatened” (“No longer endangered, Florida manatees may be more vulnerable than ever”, 2017). It was opined that a change of this sort may lead to the lifting of essential protective measures, especially since this will cater to the demand of fast boating. Moreover, the status change also had a pronounced possibility to curtail the funding channeled to the manatee population as “endangered” species receive priority when it comes to the channeling of funds for the cause.

Manatees have been hunted in the past for their hides, bones, meat, and fat by both European and Native Americans. Although hunting was made impermissible after 1893, considerable threats to the manatee population still exist from humans. These threats are apparent when waterways are shared, owing to the widespread boating activity leading to a loss of their habitat (Florida Fish and Wildlife Conservation Commission, 2016). Manatees also face threat in water control structures due to crushing, and from their interaction with fishing gear including crab trap lines and microfilament fishing lines. They also face considerable risks from debris. The manatee is under considerable threat due to loss of habitat and boat strikes in the form of perils induced by humans.

Fast boaters in Florida injure Manatees considerably. The harm done from propellers is intense as it leads to significant injury and even death from deep wounds (“No longer endangered, Florida manatees may be more vulnerable than ever”, 2017). The boating activity may even cut them into half in some cases.

Manatees also have the tendency to succumb to naturally occurring threats (Florida Fish and Wildlife Conservation Commission, 2016). For instance, when water temperatures drop considerably, manatees may exhibit cold stress and suffer from infection, skin sores, and emaciation. Threat from cold stress is significant as around 250 species were rescued or succumbed to cold stress in 2010 alone. Another major threat to the mammals is in the form of neurotoxicity from microscopic marine alga concentrated in Florida red tide, which produces brevetoxin that could be ingested by manatees.

The manatee was initially listed under the State Imperiled Species List. Therefore, the regulations at the local, state, and federal levels were enforced to protect the animals. To this end, the Marine Mammal Protection Act and the Federal Endangered Species Act were enacted. Several other protective measures have been enacted in Florida including the Manatee Sanctuary Act of 1978 and the Manatee Management Plan in the form of a conservation and management framework targeted at Florida Manatees (Florida Fish and Wildlife Conservation Commission, 2016). Some prominent protection measures for the protection of manatee habitat include slow-speed zones in travel corridors, restoration and improvement of Florida springs, and restricted entry sanctuaries. Rescue and rehabilitation of sick and injured manatees are undertaken by critical care facilities available through federally permitted oceanaria.

Other prominent healing centers for these animals include the Lowry Zoo Park at Tampa, which offers acute-care facilities (“No longer endangered, Florida manatees may be more vulnerable than ever”, 2017). Tampa’s Lowry Park zoo performs considerable rescue work for manatees injured due to boat strikes.

Protection and Restoration of Manatee Habitat

Protection of the Manatee habitat is a prominent area, which must be addressed to curb their declining numbers. The major threat to the manatee population is from human population increases in Florida and the development of the waterfront (“Preserving Manatee Habitat”, 2017). This type of development can lead to damage to the sea grass, reduce warm water availability, and even worsen the quality of water in the region. The warm water from springs is a form of shelter for the manatees during the cold winter months.

The reduction in warm springs is a consequence of commercial and residential development, and therefore, the warm water available to the mammals has reduced considerably as a result (“Preserving Manatee Habitat”, 2017). Manatees have adapted to the situation by relying on warm water outfall available from power plants. However, the availability of this warm water is only limited as long as the plant is operational. Therefore, a major step towards protection of the manatee habitat is to protect the warm water springs which provide a potential environment for protection against cold stress.

Towards this end, a number of efforts have been mobilized by the Defenders of Wildlife organization, which is dedicated towards the protection and conservation of all flora and fauna in their natural habitat and communities. Protected areas for manatees have been established, including the Kings Bay Manatee Refuge and the Three Sisters Spring at Crystal River National Wildlife Refuge (“Preserving Manatee Habitat”, 2017). The establishment of these areas is intended to provide a sheltered area for the mammals, where they are safe from cold water and induced stress as well as speed boating and other forms of watercraft. Another prospective ongoing effort is to ensure that natural warm water springs are fully protected and restored for conserving manatee populations. Conservation and maintenance of sea grass also promote the health and well-being of the manatee population. Further, to ensure that a well-rounded protection strategy is implemented, conservation efforts are also directed towards power plant operations, ensuring that power plants adopt future strategies that prove safe for the species’ populations. Expansion of the habitat for manatees is another major initiative taken up by the organization (“Preserving Manatee Habitat”, 2017). The inclusion of travel corridors, warm waters, and food sources in the critical habitat specification of the Endangered Species Act will ensure that important areas are available for the animals to thrive and multiply. The initiative is an especially serious one since it has not been prioritized by the U.S. Fish and Wildlife service, even though it is determined that a revision of the manatee critical habitat is desirable.

To sum everything up, it has to be mentioned that manatees are one of the most gentle wildlife species found in Florida waters. They pose virtually no threat to the human population or the environment. However, manatees have faced considerable injuries and death from natural and manmade causes in the past, leading to a sharp decline in their numbers. Cold stress and skin infection, Florida red-tide-related neurotoxicity, and depletion and damage to habitat were the primary natural causes for their declining population. In addition, man-made factors, such as injuries, and death from human activities, namely fast boating, also caused considerable stress to the manatee population, resulting in considerable injury and death and further contributing to their declining numbers. Several organizations on the federal, state, and regional level have been engaged in the conservation of manatee populations in their natural habitat. These efforts have resulted in positive outcome, recently recording encouraging numbers of manatee species. Nevertheless, to ensure that the positive trend continues into the future, considerable efforts from prominent wildlife conservation organizations are still directed towards curtailing excessive harmful speed boating activity and in prioritizing habitat preservation to promote manatee population increases at an even greater scale.

No longer endangered, Florida manatees may be more vulnerable than ever. (2017). Cbsnews.com. Retrieved from https://www.cbsnews.com/news/manatees-endangered-threatened-florida/